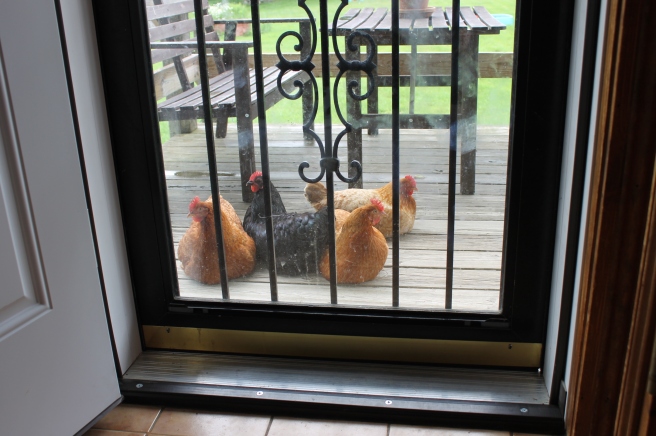 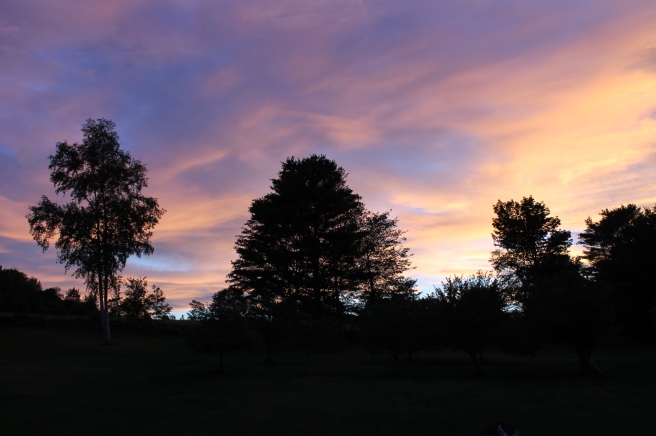 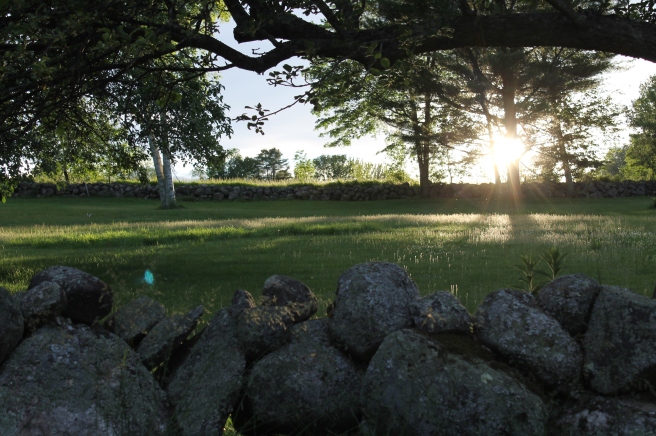 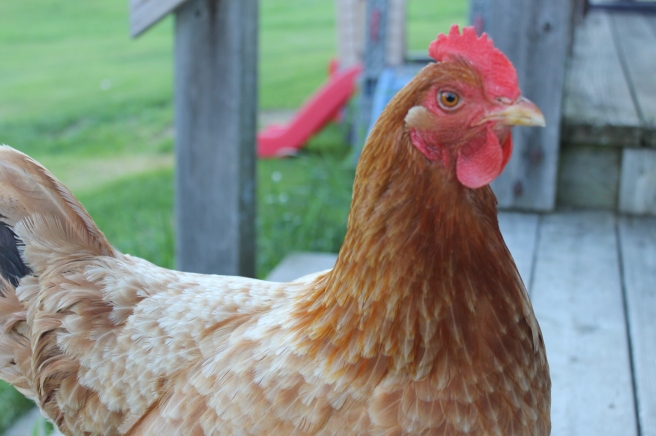 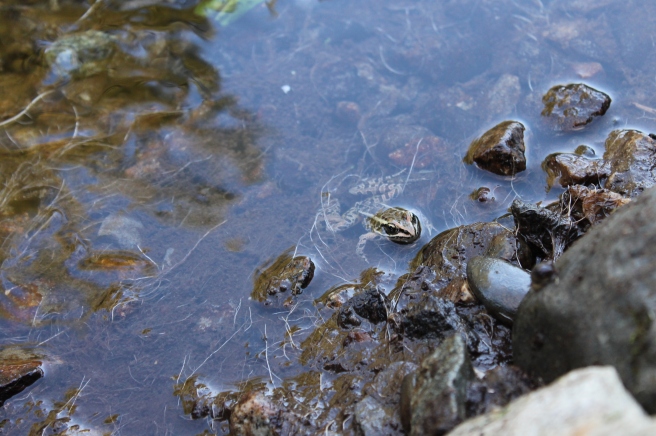 Sunscreen hand prints on our storm doors. A pile of swimsuits and towels on the tile by the stairs. Half-unpacked boxes in the corner and a kitchen countertop strewn with random bits which have no home. It’s summertime in Maine, which means we are sopping up every second of sunshine we can (until the flies chase us inside – when will they go away?! I thought for sure they’d be gone by now, but the welts on my poor girls’ backs show otherwise), and leaving the inside work for another day.

It was both a wonderful and dreadful time to move homes. We escaped mud season, and thankfully didn’t track gobs of dirt inside, but as soon as we vacated the other house and plopped our belongings over here, we had to start getting a handle on the yard work. In fact, J hopped on the mower right after our settlement and cut the front lawn. It’s been nonstop since then, and we are feeling the stretch – to enjoy the weather, to get the work done, to finish moving in, to keep up with our regular responsibilities!

We haven’t done much inside except to move into the existing closets and cabinets. When we bought our house in Baltimore seven+ years ago, we ripped up carpet and laid quarter-round right away, painting every room before even bringing furniture in. In theory, that was a great choice because there was more space to move around. But rushing the process led to snap decisions on colors, etc., and it wasn’t long before I was wishing we’d done something different. I’d like to paint just about every space in this house, but this time we’re going to live in it for a while first. The weather will keep us inside soon enough – best to save a few projects for later.

So we’re focusing on making the grounds our own. The garden is as planted as it’s going to get. I found myself slipping into despair as I looked up and down the rows and realized nothing had grown, not a seed had sprouted, until J reminded me, “you do this every year,” and true to form, everything is green and growing after several days of rain. Sadly, a garden fence is at the bottom of the project list for now, so my silly chickens still have full access to the plot. I could coop them, but their powers of tick control far outweigh a few plants in value, yes? So for now, we’re still chasing them out of the dirt several times a day. The result of their attentions is a wonky row of carrots (bonus: no need to thin because they’re not crowded!) a thick patch of kale, and a missing tomato seedling (what did they do with it?). I’m still finding a lot of broken glass and pottery, making me wonder if the area was an old farmhouse dump. It’s hard to say without knowing more about the history of the property, but I do miss gardening barefoot.

The other night, on a whim, I asked J to take the weed eater to the trickle of water running under the apple trees, just so we could see it. There’s a round cement cap over what appears to be a natural spring, just down from the garden under an apple tree with a perfectly curved branch for sitting. We’ve remarked that it might have been the original water supply for the property, way back when, but now it flows freely for the deer and other wildlife to partake – chickens and Schnauzers too. With his ear pro on, that husband of mine knocked down all the vegetation, even after working on projects all day, and as I prepped dinner for the grill, I watched he and the girls load the wagon with the cut pieces to be dumped elsewhere. When we wandered down after dinner, I found they had even gone so far as to clear out some of the rocks and make a barrier of sorts, redirecting the flow from a muddy, marshy mess into an actual stream. In some places, it was positively burbling and splashing along. We stood on the cap and watched a little frog do his best imitation of a stone, and then the girls rode the tractor with their daddy, one on each knee, along the path through the tall grass and back before a big, bright rainbow broke the sky, and we all went in to bed.

One thought on “feeling the stretch”

Here come the radishes! New Harvest Crate announcement tomorrow. 💛
Rhubarb! The first real harvest of the season around here. The plants are larger than I’ve ever seen them, with huge elephant ears for leaves. They’re also trying to flower earlier than I’ve ever experienced. I’ll have to keep cutting and freezing (and selling!), but preferably without further injury. That one hurt. 🩹
Did some hive cleanup this morning! 🐝
Late night tea and seed sorting. 🫖🌻 Dreaming of flowers and trying to remind myself that it’s not a race, and there’s no such thing as “behind.”
Sound on! 📣🐝
For all the making I do, I’ve never sewn an actual garment that is meant for daily wear - something other than aprons or Halloween costumes. Frankly, I was scared. It seemed too daunting - too many skills required (zippers! button holes!), too much investment in materials. What if I royally screwed it up? I’d feel so guilty for wasting the fabric. 🤷🏻‍♀️