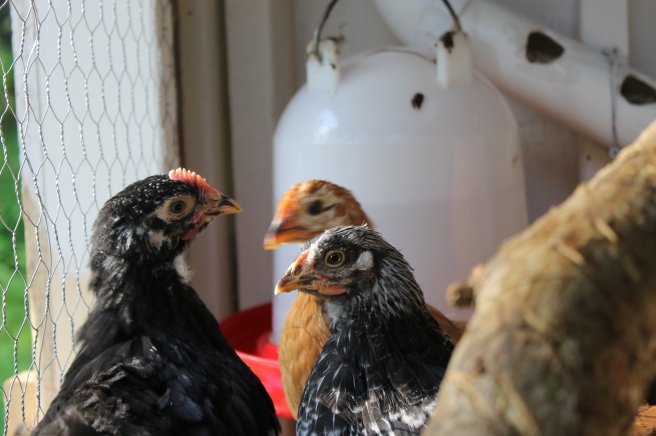 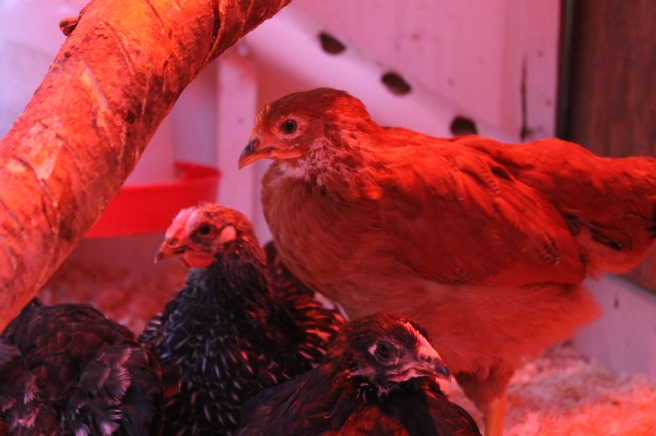 We are total novices at this poultry game. Everything we know we’ve learned from books, blogs, or through J’s amazing Google fu. And really, for possessing no practical knowledge, things are going pretty well. We had no pasty behinds. We didn’t lose any chickies while they lived in our bathtub. I mistook Dottie’s umbilical cord for poop once when she was tiny, and made her bleed a little (and felt awful), but she survived with no ill effects. They eat like hogs, and learned to roost all on their own. So far, so good.

Our feathered friends are seven weeks old tomorrow, and look like actual chickens now. Gone is the gangly half feather/half fluff look they were rocking, and instead they’re starting to take on that chicken shape. They’ve been out in the coop for two and a half weeks now. It only took a day or so for them to find their roosts and snuggle in together under the heat lamp, which we’re using because they’re still young and it’s still cold at night. We blocked the nesting boxes so that they wouldn’t become accustomed to sleeping (and pooping) where they will eventually lay, and hadn’t let them out into the run until yesterday. And here comes my question.

My assumption, based on my reading, was that at dusk, they would return to their established home and prep for bedtime. It’s only been two nights, but they have not shown that initiative.

Several of the girls let me scoop them and put them inside. Easy peasy. Two have hidden under the coop where I cannot reach them and refused to come out until I bribed them with crumble, and then ambushed them. It took thirty minutes last night; forty-five tonight. This cannot continue, basically because by 8pm, I’ve used up the last of my patience on my human children and honestly, I just want to go to bed.

Am I rushing them? Trying to put them to bed too early? Did we let them into the run too soon? I’d love your thoughts. 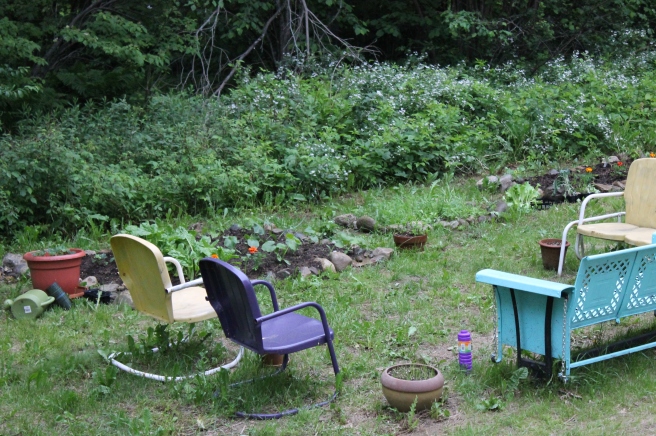 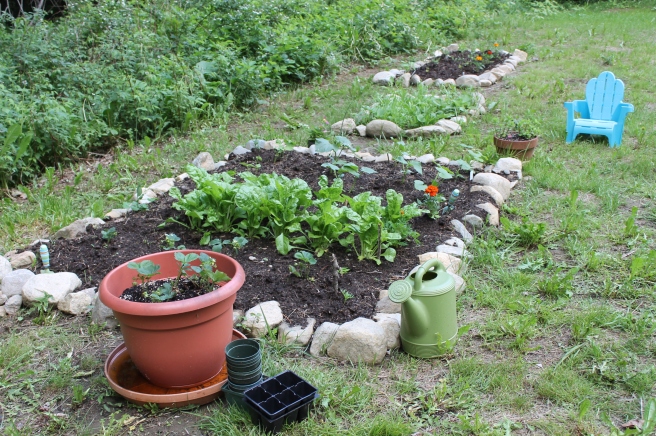 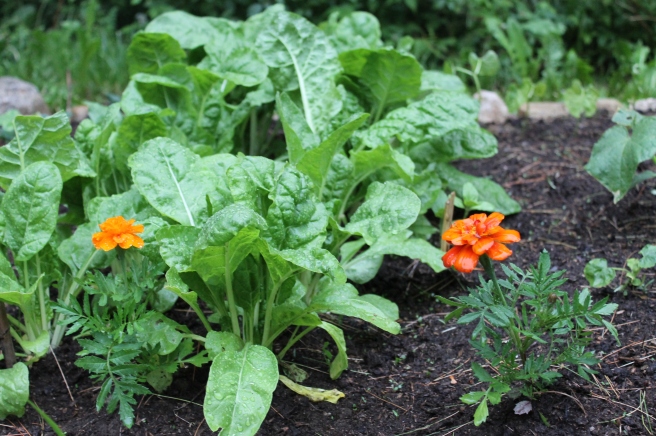 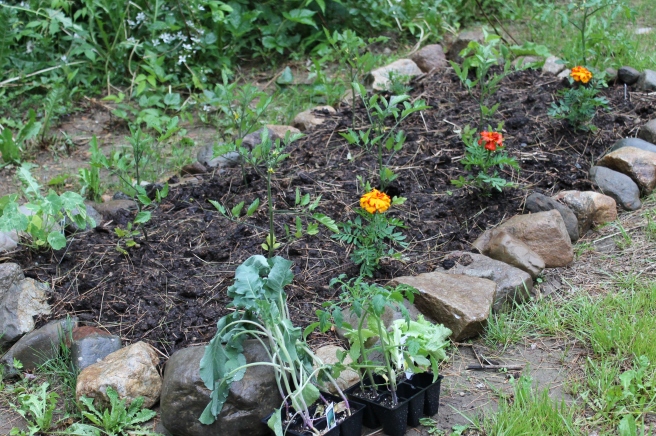 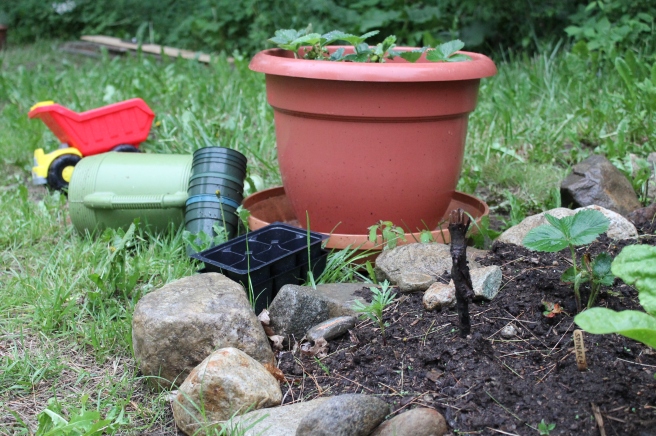 Beyond that, our teeny homestead is coming together as nicely as I could hope for, being that it’s in the backyard of a rental. It’s shabby, but in the best way, and is quite comfortable. The grass is finally coming in, the veggies are growing, and we even set up an old woodstove as a firepit today. My friend Jocelyn shared a recipe for shrimp foil packets today as well, and I think our little redneck stove will be perfect for cooking them, maybe on J’s next day off. I’ll let you know how they turn out.

Our first #poetryteatime of the year! We revisited the passages in #charlottesweb where Avery and Fern grab donuts for breakfast, and Templeton learns of the incredible gluttony found at the fair - complete with our own donuts and popcorn. 🍩🍿We capped things off with all the spider and pig themed nursery rhymes we could find. 🐖
The first tree is ripe, so the rest aren’t far behind. Our 16 tree orchard is a mix of Golden Delicious, Red Delicious, Gala, and Macs, and a potential Cortland - at least those are John Bunker’s best guesses. We took a selection to MOFGA a few years back with the hope of IDing them.
Twenty Red Rangers, raised on pasture, 11 weeks from chick to butcher. Ten for a friend and ten for us - but we bartered one for honey and one for lumber to build the chicken tractor. I’m perplexed by the way their final weights varied - we’ve got several 8 pounders, and two that didn’t even break 5 pounds, despite having the same access to food and water.
She’s not fast or fancy. She doesn’t even have a name. But she’s ours, and we’re having so much fun getting to know her.
Magic Molly potatoes and cherry tomatoes - both available in the farmstand today!
It’s almost tomato time! 🍅