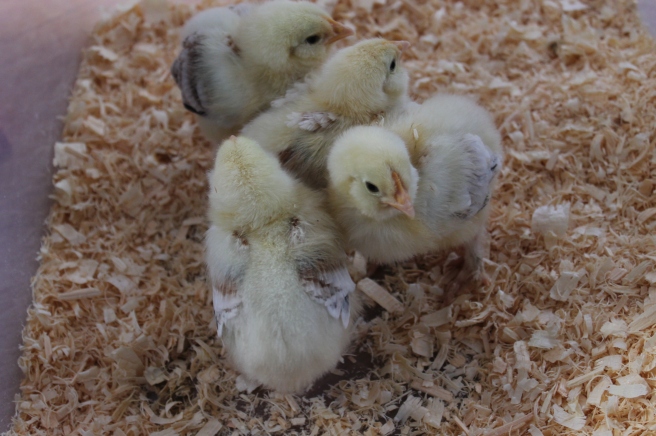 We hustled this year, as we’ve never done before. It’s about to pay off. And my goodness, I can hardly contain myself when I look at what we’re poised to accomplish in the very near future!

I was loathe to share any real details about my goals in this space last year, preferring to hold them close and work on them quietly. I think there was a good amount of fear guiding that decision – of failure, and yes, of judgement. Shame. That’s the real word. I’m ashamed, and I’m a bit nervous to share even now, but overriding those nerves is the belief that it’s good and important to acknowledge the problem and the long road to ridding ourselves of it.

$35,000. That’s a HUGE number. A huge, embarrassing number. Six and a half years ago, that is the credit card debt that we carried. Not cars and student loans and mortgage. Just several years of STUFF. A big TV. A new leather armchair. Trips to the winery and many dinners out. When J was working nights, I went shopping. When he wanted a new Xbox, we charged it rather than saving up. We lived beyond our means for a variety of very personal reasons, and our monthly budget was a carefully balanced series of card payments. Our credit scores were phenomenal, but our debt to income ratio was dismal. We covered about half the cost of our wedding ourselves, but on plastic rather than in cash. Then the recession hit the same year we got married, and several short periods of unemployment were covered by credit cards – we’d charge groceries and gas so that the paychecks could go to the bills. It was a miserable blow, and those experiences were a huge turning point in how we operated.

I sat down in the fall of 2010 and took a hard look at what we owed, and it sucked. That day, I cut up all of our credit cards but one (for emergencies), and we moved to a “real money only” system. Some people find success with a cash budget system, spending only what’s in the grocery envelope on groceries for instance, and then it’s gone. We found however that when we used cash, it would disappear and we wouldn’t have a true sense of where it went, so we opted to use only our debit cards and log every. single. receipt. in Quicken. This way we could really see our spending, line by line, and review each expense as we entered them. We could anticipate how much money was coming in and when, which big payments would go out during a certain pay period, and categorize each expense to see where we were blowing our money – like buying lunch at work and going to happy hour (hi, that would be me). This tracking system was hugely beneficial for us.

Another big step we took was to utilize a debt consolidation company. Now, this one has definite pros and cons, and depending on the situation, might not be a good fit for everyone, but it helped us. The company took on the task of contacting all of our creditors to negotiate a lower interest rate and monthly payment. We would pay one lump sum to the consolidation company each month, and they would distribute it. As an account was paid off, that particular payment would be rolled into the remaining balances to achieve a snowball effect. This way we had one payment, one due date. The downside to this system was that in consolidating, our accounts were effectively closed for business, meaning that even as we paid down the balances, our available credit was still $0. Our credit scores didn’t really take a hit, but they didn’t improve either.

We had some serious setbacks along the way. When Swee was born, we decided to become a one income family rather than send her to daycare, which necessitated us making even more cuts. We sold my beloved VW hatchback and dropped to one car. The week I found out I was pregnant with Beans, a drunk driver totaled our remaining vehicle while it was parked in front of our house. We went from being one year away from paying off our car to taking on another five years of payments. Swee was later hospitalized for five days with an infection, and the medical bills were ridiculous. And of course, living apart for nine months before selling our house was the biggest hit. We didn’t take on any new debt, but nothing was ever paid on time. One account even went to collection because I was literally making choices between buying food and paying bills – there just wasn’t enough money coming in then to support everything that needed to happen.

So! Here we are. This morning, I paid off the last of that original $35,000, plus the first of my student loans. We’ve finally repaired the damage to our credit scores from that time apart. We’ve got cash set aside for new truck tires, and we’ve even got a small emergency fund.

I look back at the long, crappy road we’ve taken to get here and I get pretty disgusted. We weren’t living well, despite making more than enough money to be doing so. We had to go in the clear opposite direction to make the necessary change. No more recreational shopping or retail therapy. No new electronics or furniture. Having kids pretty much eliminated happy hours, but I’ve had to get serious about packing J’s lunches. Since I don’t leave the house for work, we’re saving on gas, parking, dry cleaning. I don’t buy cheap junk anymore, just because it’s cute. And I use both Ibotta (grocery rebates) and MintVine (online surveys) to bring in a tiny bit of extra cash. That money mostly went toward Christmas gifts this year, but it usually gets applied as an additional payment to something. (Those are referral links, so we both get a bonus if you sign up to try them out!)

For us, it came down to personal deprivation and sheer will-power. Changing our priorities and remembering that the high of buying new things is really a lie. The rush doesn’t last, and really, we don’t need all that shit anyway.

And that’s not to say we haven’t slipped. We splurged more than we should have in the past six months (see my Frugal February thoughts): a few higher-dollar gifts, a constant supply of beer in the fridge, more snacks and purchased meals at work. We hadn’t felt the belt loosen in years, and goodness, it was nice to relax a wee bit.

This is the humdinger of goals for me. Yes, we will still have the rest of my student loans and our car payments, but those debts feel a little bit different because I have something to show for them – two degrees and two reliable vehicles. We will no longer be shackled to this mystery debt, never really even sure what we spent that money on. We may not have moved ahead yet with most of our more visible homesteading plans, but I’d argue that this is an even bigger step toward self-sufficiency. This is huge. This is freedom.

4 thoughts on “this is huge”